Top destinations in Magdalena del Mar, Lima: The pyramid-shaped temple of Huaca Pucllana lies in the heart of Miraflores and is now incongruously surrounded by buildings. Built of adobe and clay bricks – a construction material that would never have survived for more than 1,000 years in any other climate – the pyramid is formed in seven staggered platforms. The Lima Culture, by whom the pyramid was built, developed in the central coast of Peru between AD 200 and AD 700. From artifacts discovered here, it is known to have been important as both a ceremonial and administrative center. The area is divided into two sections, one of which shows evidence of being used for offerings of fish, while the other appears to have been administrative. A burial vault was uncovered here with human remains, and artifacts have been found from the later Wari culture, which thrived in this area from about AD 500 to 900. You must tour the complex with a guide, but the tours are quite inexpensive.

Underneath Lima’s San Francisco de Lima Basilica and Convent lies the burial site of over 25,000 bodies. The site was used as a burial ground until 1808. Tours of the underground catacombs are offered daily for around $7. This cemetery-turned-museum offers visitors a glimpse into Peruvian history and, in one notable mausoleum, pays homage to those men and women who served their country in the War of the Pacific. This area is where you’ll find Lima’s most breathtaking colonial architecture. Francisco Pizarro established the city’s central square in the 16th century to serve as the capital of colonial South America. Not one building remains from that period, but the area is nonetheless stunning.

Every country has its unique way of partying, and Peru is no different. For a truly authentic experience, head to one of Lima’s most famous penas, a small bar where Creole music played by live bands gives forth to vigorous traditional dancing and plenty of pisco drinking. Unfortunately, many of these penas operate behind the closed doors of people’s houses and a vast majority are only to be found if you know where to look. Don Porfirio in Barranco is one of the most famous but is just open on Fridays, while La Candelaria in the same neighborhood is a more up-market option that’s open Saturdays too. Make sure to book a table, as both are hugely popular with the locals.

For traditional Peruvian handicrafts, try the numerous Artisanal Markets along Av. La Marina, just north of the neighborhood (technically in Pueblo Libre, which we’ll talk about next week). There are all the usual suspects of crafts from all over the country, and it’s a great place to go to get your last-minute gifts. The prices are slightly higher than they would be in a smaller town, but they’re lower than the artisan shopping area of Miraflores. Find a few extra pictures of this amazing ocean view penthouse on @AmazingPeruPenthouse on Facebook. Need a place to book in Lima, Peru? Explore a few extra info at Magdalena del Mar penthouse to book.

The Museo Larco is a must-see for travelers interested in pre-Columbian art. The private museum, founded by Rafael Larco Herrera, is located in an 18th century building that was built over a seventh century pyramid. The museum’s collections, representing 5,000 years of Peruvian history, are arranged chronologically. The museum’s total collection numbers thousands of pieces. It is especially famous for its collection of pre-Columbian erotic pottery, which includes humans performing sex acts not only with each other but with gods and the dead. Equally impressive is the Gold and Silver Gallery, which includes objects such as funeral masks and jewelry worn by priests and rulers. 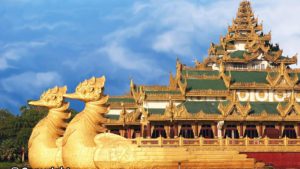